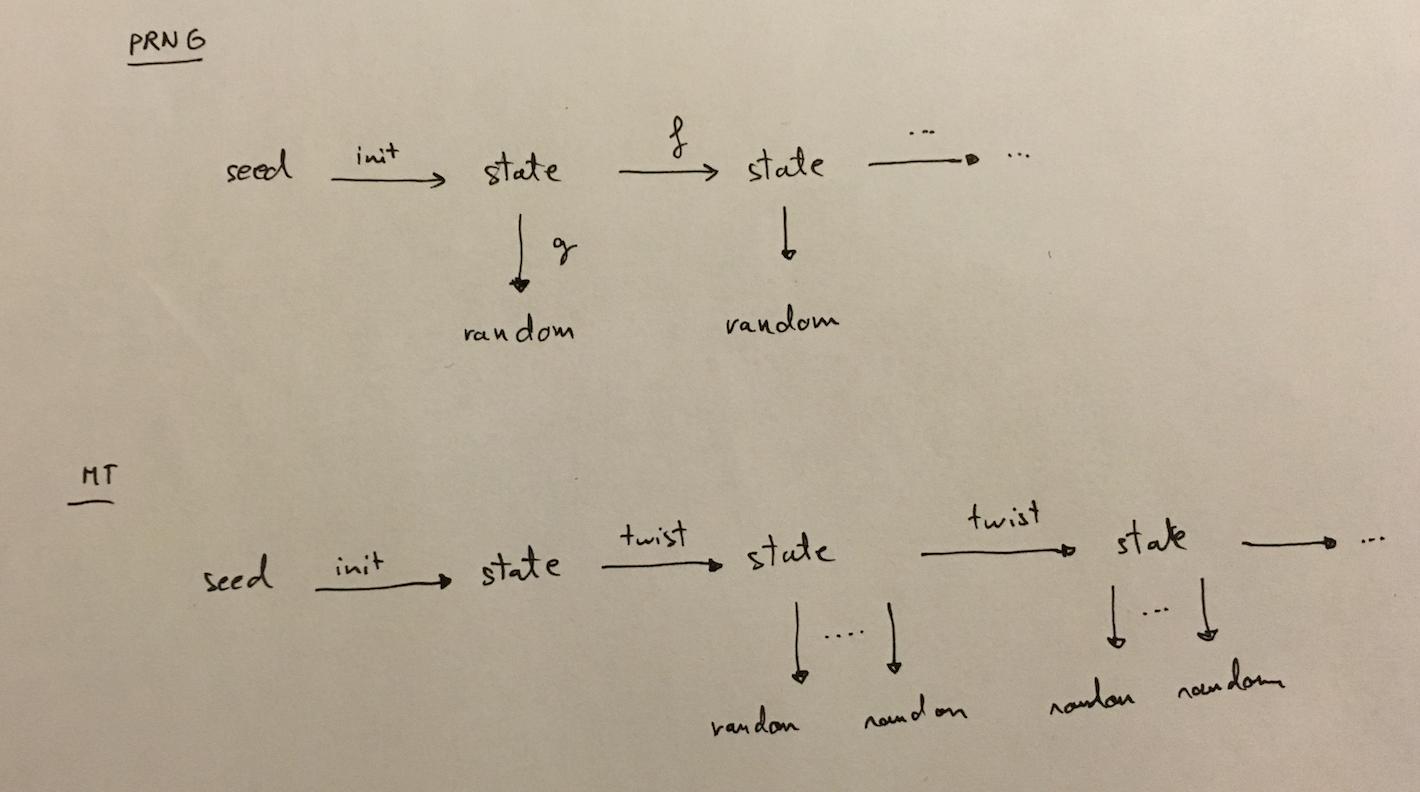 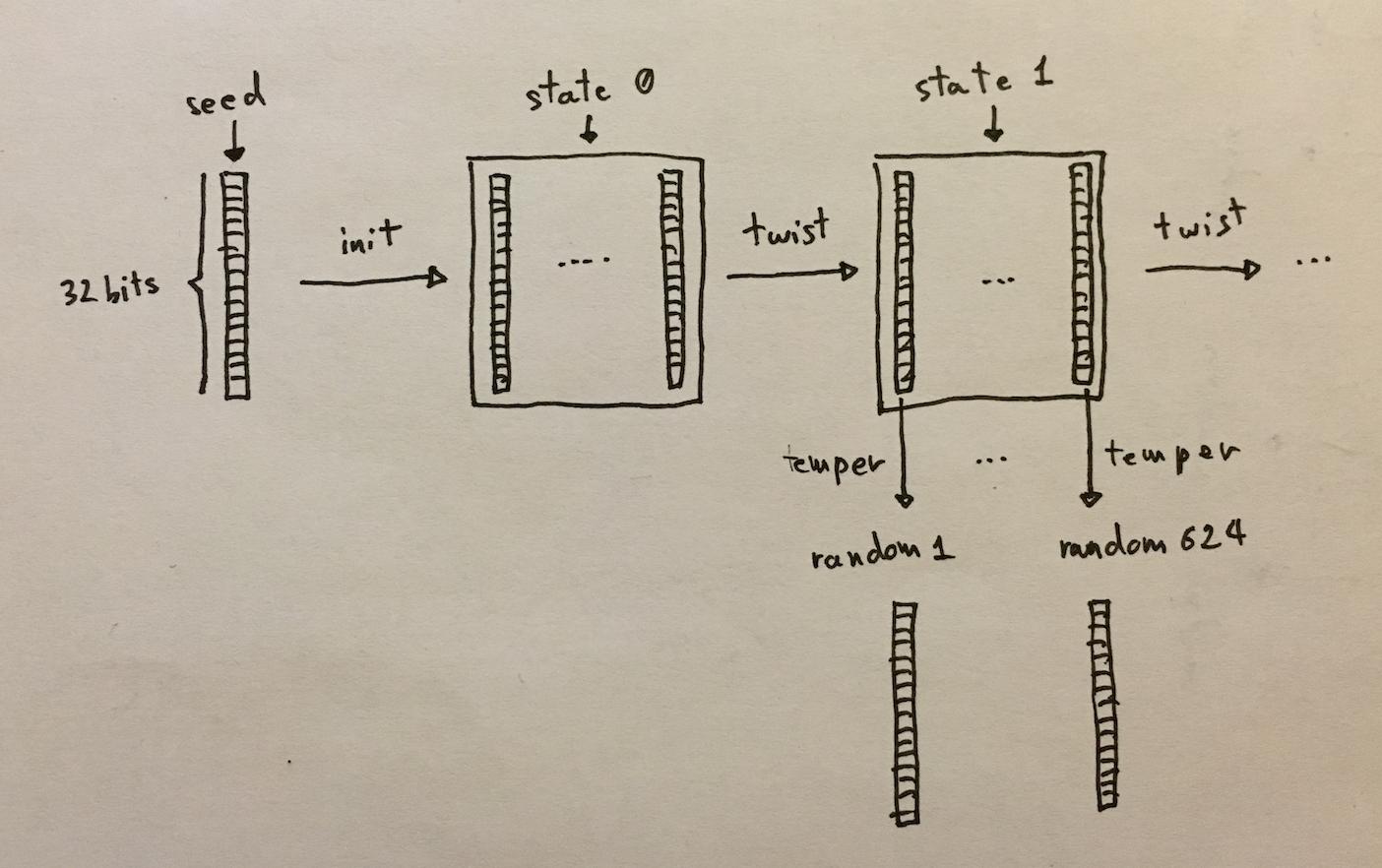 Thou I think it's 623 dimensions. [http://www.math.sci.hiroshima-u.ac.jp/~m-mat/MT/ARTICLES/mt.pdf]

Thanks for the explanation.

Hi David.
Great explanation. I find these mathematical concepts and applications fascinating. Someone told me recently that one of our Lotto systems in Australia generates its numbers using a RNG. I would assume these systems would be water tight and that it would be impossible to crack them in a normal lifetime. Hence I guess they wouldn't use them, unless they use them with people thinking that is the case in the hope that no one would even contemplate trying lol. I'd be interested in your thoughts on this topic.
Thanks and best regards
Daz
([email protected])

By "one-way function", do you mean a non-injective map or is it a more subtle concept ? Maybe a map for which each number has at least a given (large) number of antecedents ?

It's non-injective, but it's more than that. One-way in cryptography usually refers to the pre-image resistance. See this explanation: https://freecontent.manning.com/hash-functions-and-security/

Interesting methodology, but I wrote (over 30 years ago) all my RNG coding to just get the program to "glance" at the present time and date in the computer, and extract one element of the date and several digits out of the Hours, Seconds and Hundredths of Seconds fields, blend them into a short creative string that was then converted back into numeric format, and continue with that number as the seed.... at EVERY instance of requiring a random number.

Hence, it was IMPOSSIBLE to re-start from the same seed number during any iteration of the program, so the resultant factors were ALWAYS truly random.
The seed itself was generated out of the random instant the call went out to create it. Literally, even rebooting the computer from scratch and running the program right away several times in a row would never start the same RNG process, because the "Pseudo"-random was no longer there; the "Random" was genuine. The fraction-of-a-second instant the call was initiated could never be duplicated... with a date and hour "grab" to further muddle any chance of repetition.
And a helluva lot simpler than doing that Twisting and Tempering, etc.!