A new paper made its way to eprint the other day. 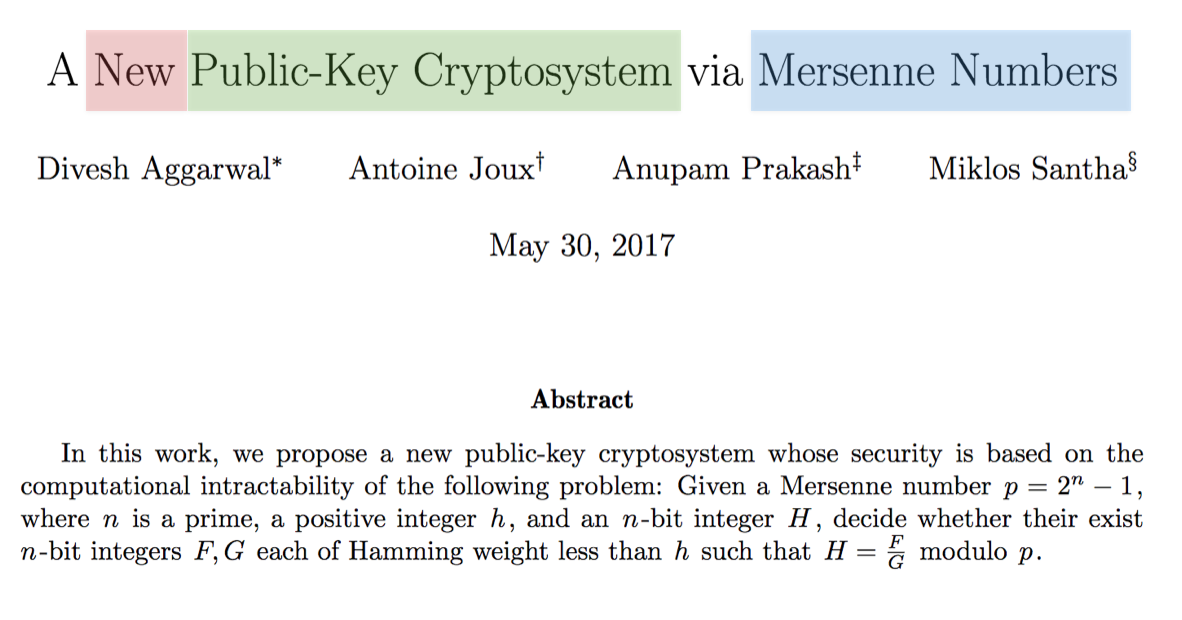 a lot of keywords here are really interesting. But first, what is a Mersenne prime?

A mersenne prime is simply a prime \(p\) such that \(p=2^n - 1\). The nice thing about that, is that the programming way of writing such a number is

which is a long series of 1s. 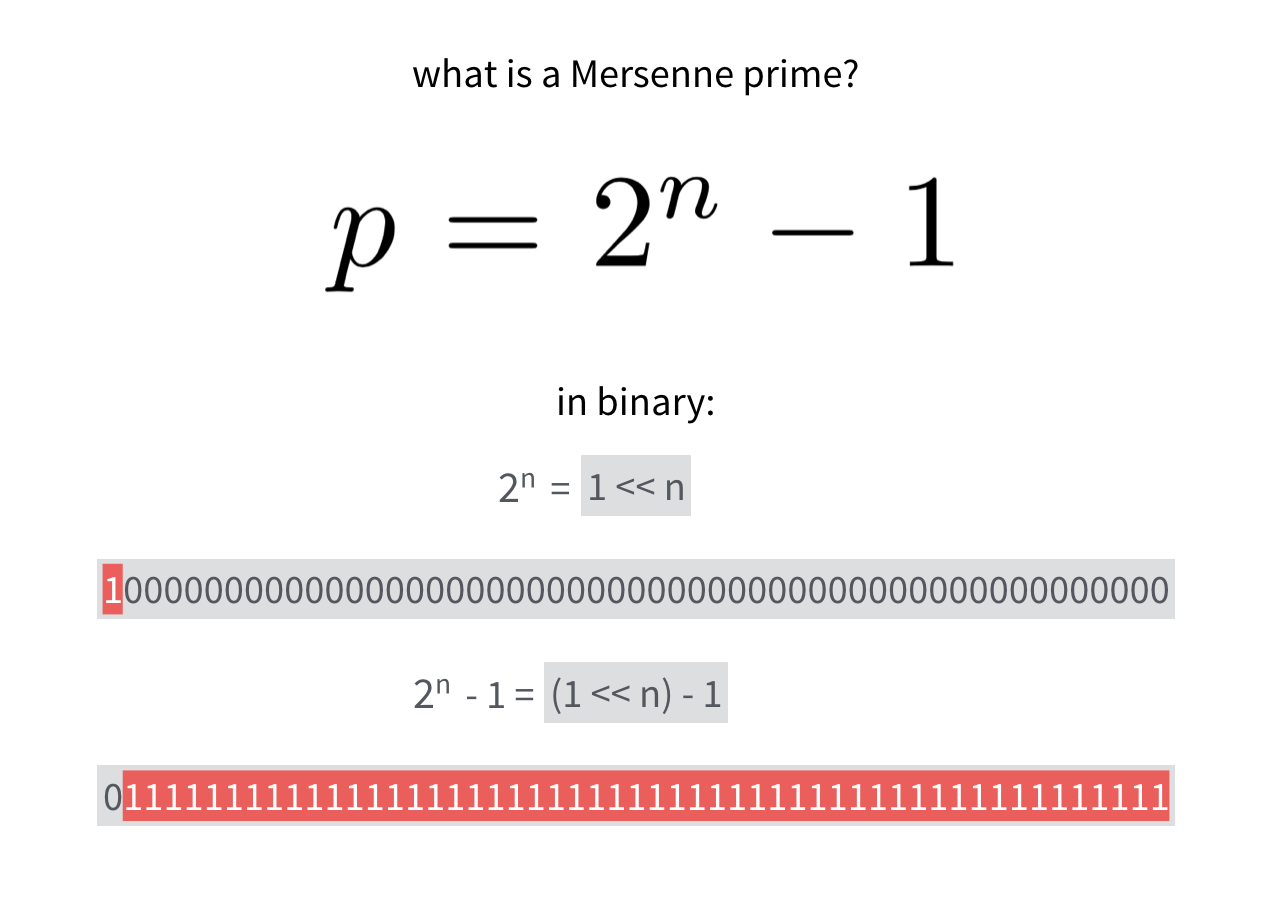 A number modulo this prime can be any bitstring of the mersenne prime's length.

OK we know what's a Mersenne prime. How do we build our new public key cryptosystem now?

Let's start with a private key: (secret, privkey), two bitstrings of low hamming weight. Meaning that they do not have a lot of bits set to 1.

Now something very intuitive happens: the inverse of such a bitstring will probably have a high hamming weight, which let us believe that \(secret \cdot privkey^{-1} \pmod{p}\) looks random. This will be our public key.

Now that we have a private key and a public key. How do we encrypt ?

The paper starts with a very simple scheme on how to encrypt a bit \(b\).

with \(A\) and \(B\) two public numbers that have low hamming weights as well.

We can see intuitively that the ciphertext will have a high hamming weight (and thus might look random).

How do you decrypt such an encrypted bit?

You can convince yourself by following the equation: 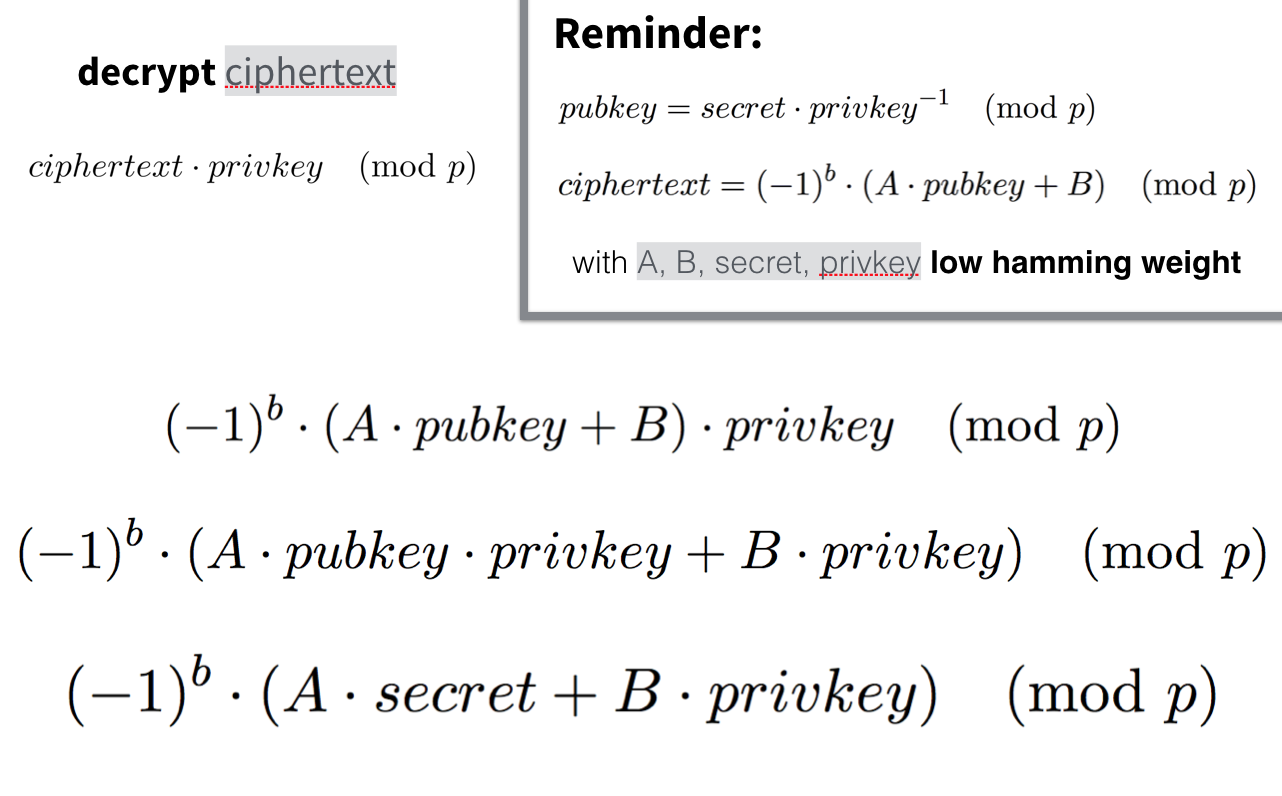 And again, intuitively you can see that everything is low hamming weight except for the value of \((-1)^b\).

This scheme doesn't look CCA secure nor practical. The paper goes on with an explanation of a more involved cryptosystem in section 6.

EDIT: there is already a reduction of the security estimates published on eprint.