I bought my Defcon badge through Blackhat to avoid having to move out of the Mandalay and miss some of the talks. Avoiding the long-and-early-in-the-morning lines of Defcon and still getting a "real" badge is also part of the benefits. So after lining up for 30 seconds at a small stand between two talks, I received a plastic bag with a program printed as a newspaper and several CDs containing music (I assume, but who owns a CD player nowadays?). The Defcon badge was an old and white record, apparently every other year the badge is non-electronic.

Defcon was taking place in Bally's and Paris this year. The talks were in Paris, the rest was in Bally's. If you wanted to mix them up you had to change casino over and over. The two are connected but it's still a pain. 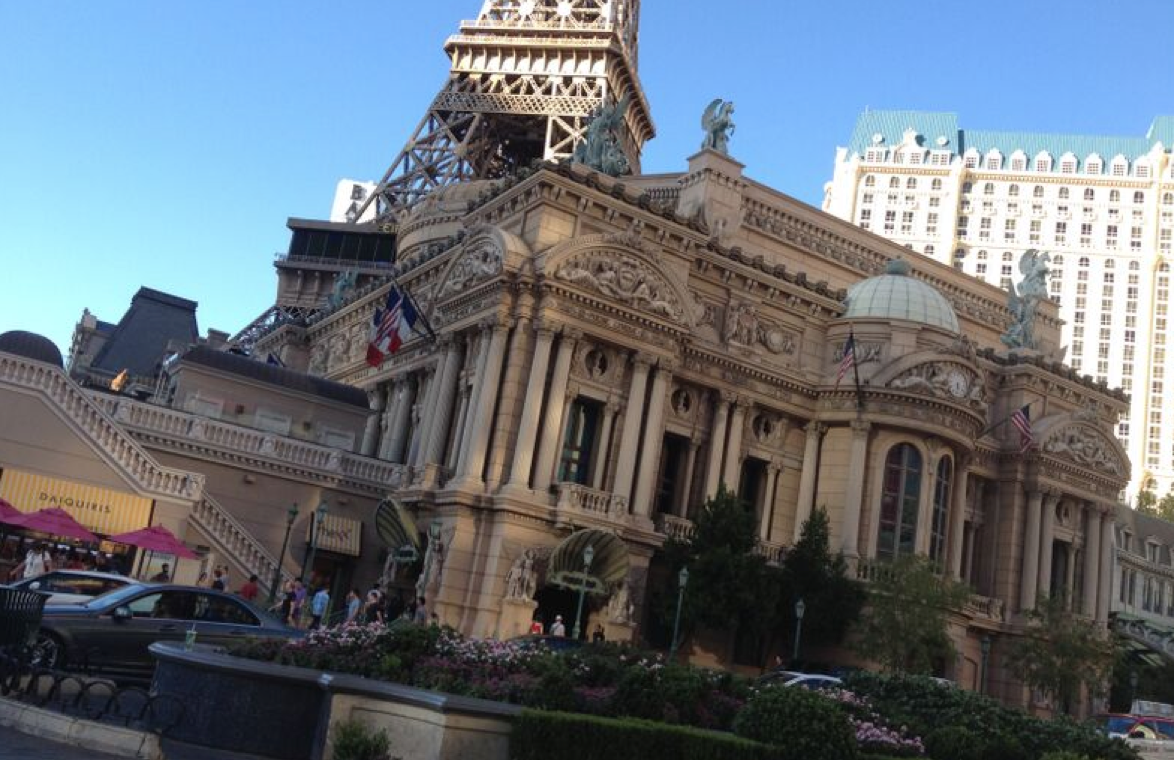 I missed the first two days of Defcon. Well the first day isn't actually an official one as it takes place outside in a public park. The "toxic barbecue" is a gathering where people bring booze and meat. The second day, the official Defcon first day, is a single track of introductory talks that takes place in their Conference Center.

So I arrived in what I thought was something that already started, but all of blackhat and others that wanted to get the real deal were now rushing to the Defcon's talks, all at the same time. It was packed, the lines were not moving and the staff was screaming. I was starting to miss the organization of Blackhat. 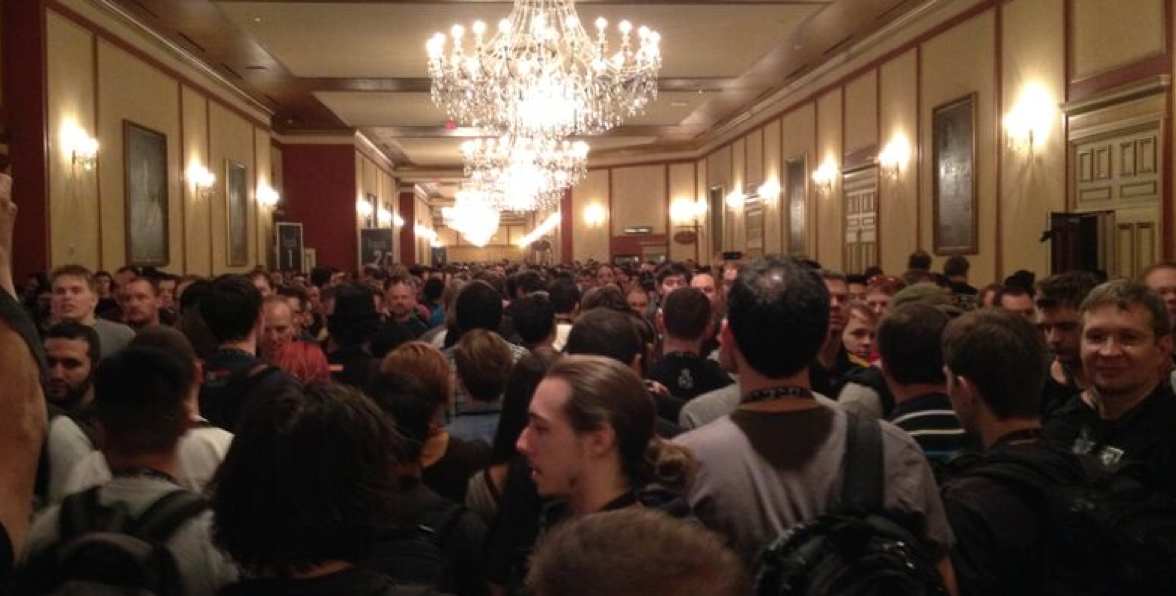 After leaving my first talk, I figured I would never go to another talk again. But they finally moved the 101 track (talks that are more for begginers) and things got better.

And then I went to visit the other side of Defcon, and that's where everything made sense

My favorite part of Defcon was the Villages, small sized rooms (compared to the ones hosting the talks) where people of common interests gather and spend their whole Defcon together.

The crypto Village was great, apparently Diffie was there. Other renown cryptographers hung out there too and I met a bunch of people I had always wanted to meet :) (although most conversations were short, I guess others were more at ease in this kind of environment than me).

There were a bunch of posters everywhere on the walls. Here's my favorite one from Tony Arcieri: 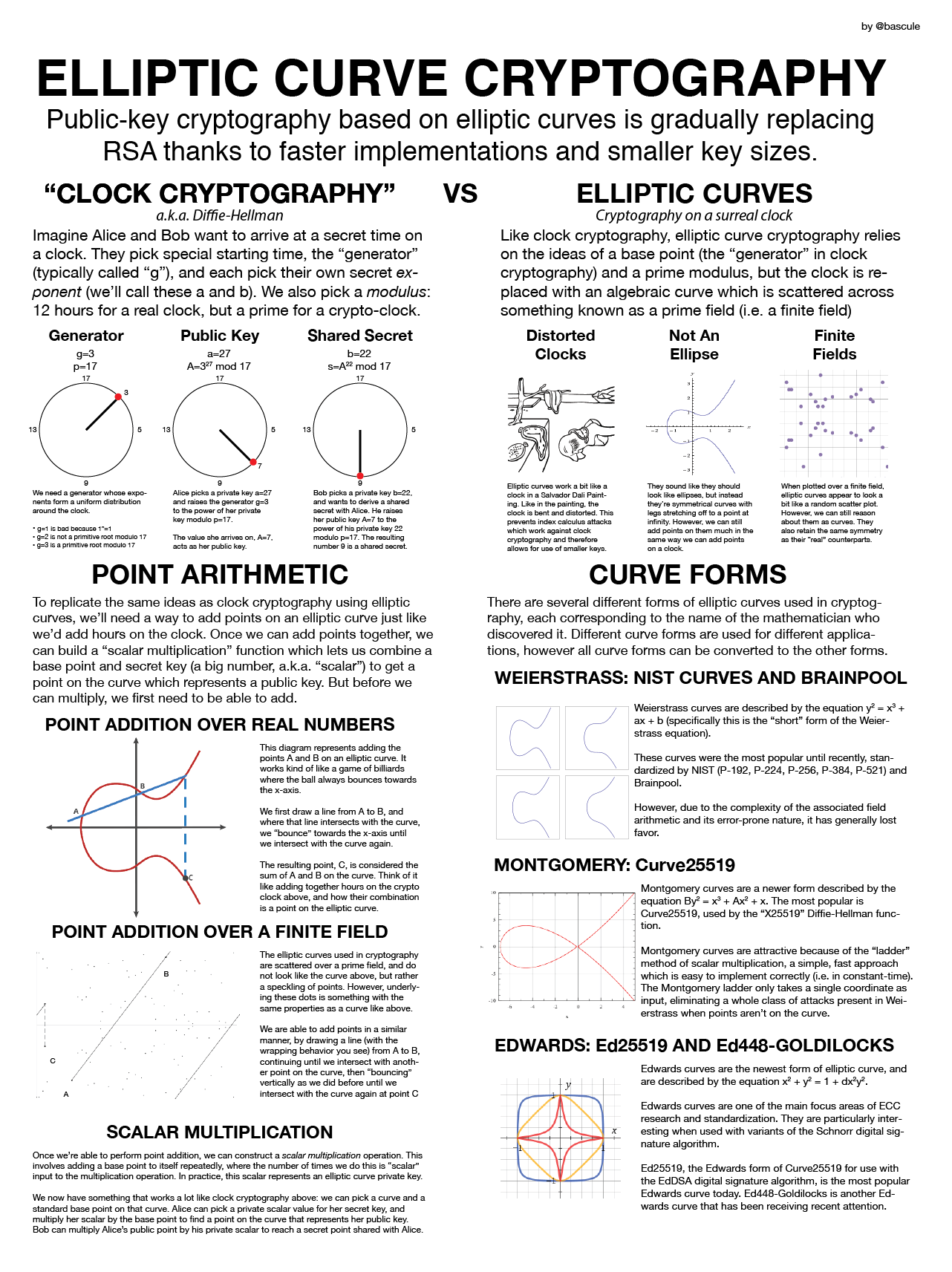 You could also find byte descriptions of packets of certain protocols, they are all available here 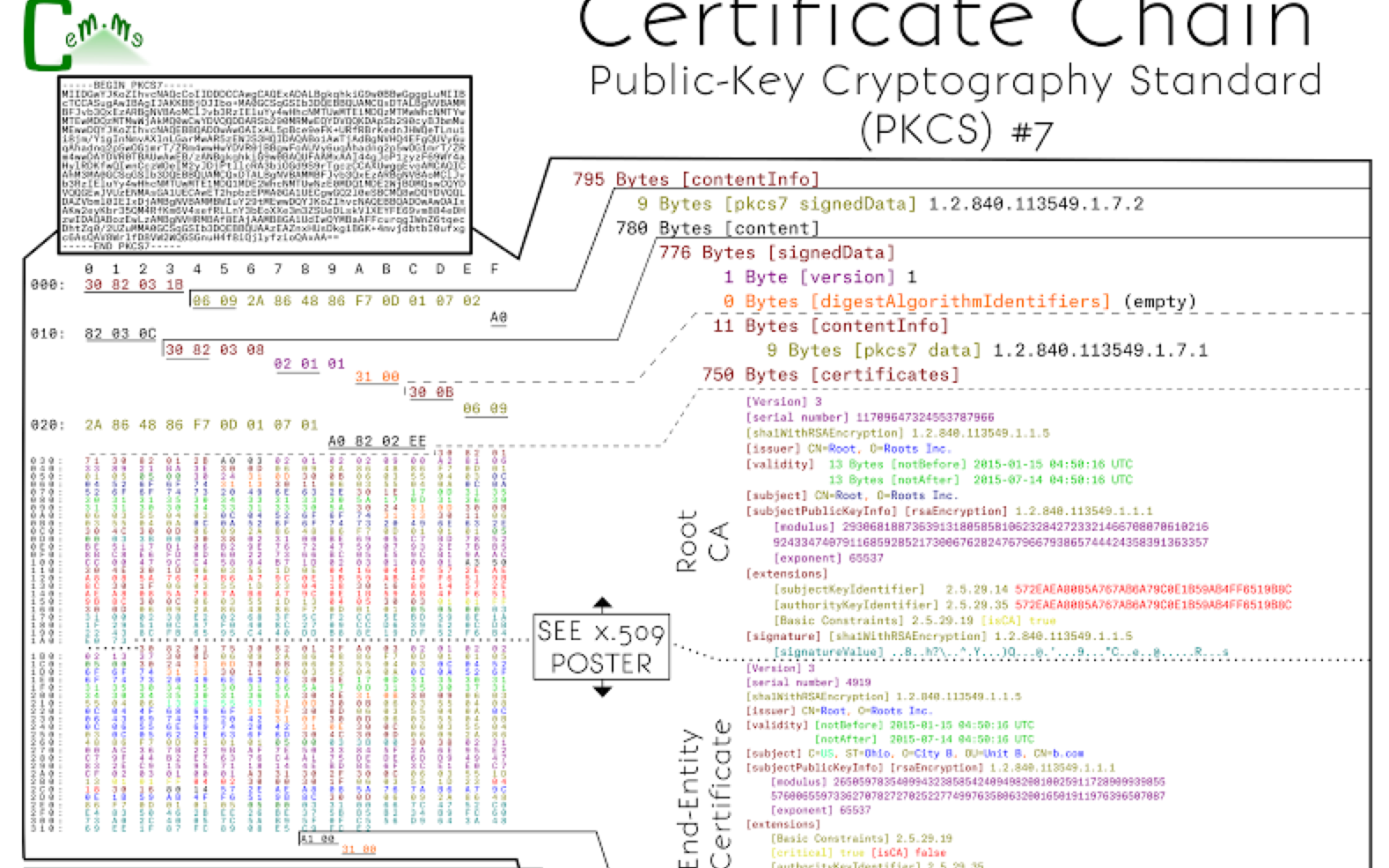 Every hour, or 30 minutes, there was a talk. I left Defcon thinking that I should get more involved in this crypto village and that I should submit a talk for the next one.

There were maybe a dozen of other Villages. There was a lock picking one, but you had to buy your own gear so I passed (although I really wanted to do it).

After Defcon, sitting in the plane I read their "newspaper" and realized there was much more. There was a huge number of things that I didn't even know were going on. I could even have went and met some of them somewhere in the desert to shoot range.

I felt like I did nothing. I was a lurker and I took part in none of the cool things. Next time I will come prepared.

The parties were definitely better than the Blackhat ones. The Facebook student party was the best I got to do, few people, no loud music and a "bingo" game where you were handed a card with a bunch of "can do X" or "is X at facebook" and you had to find a facebook employee/intern that could sign it for you. If you got a full row plus a column signed you won. This was awesome as it gave you an excuse to go talk to them.

There was also a party in a suite of the hotel were I got to meet a lot of really cool people in the field as well. The funny thing is that everywhere I went, even at these parties, a huge amount of the people present were from my company (NCC Group) which made things super easy to meet people, we also were all wearing the company Tshirt. 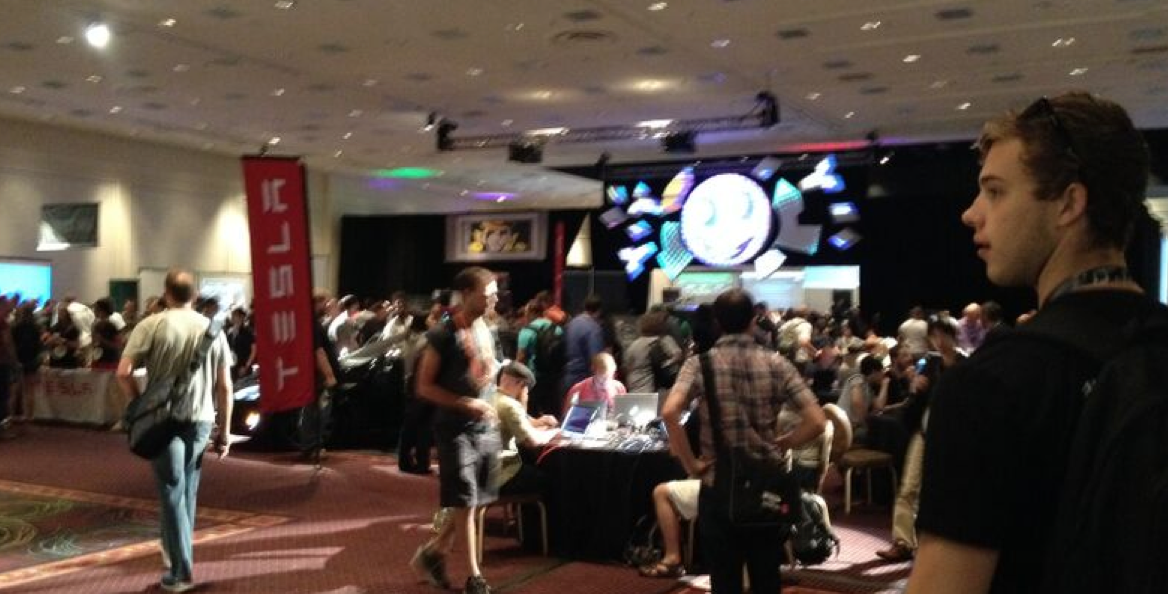 There was a main room full of tables, people hacking, people playing, weird people handing me papers and tokens and telling me cryptic passphrase. Other weird people holding huge antennas and pointing them at everyone obviously looking for something/someone.

There was an OpenCTF space, and a CTF space as well with korean, french, american and chinese teams just sitting there on their computers and cracking stuff. I was not allowed to take a picture there :() Hacking contests are everywhere. The ambiance is nothing like Blackhat (Which is way more corporate). Between weird things happening on my wifi, the femtocell found in between the two casinos and the non-stop protocol downgrades on our phones, we felt like everyone was trying something on you. A stand to cut your hair and make you a mohawk. A spaceX stand giving out posters.

A tesla hacking stand, someone on the floor looking at it. I heard they dismantled the whole car at one point.

This post makes no sense, but Defcon made no sense. It was awesome.

EDIT: Here's a video of a first timer