To make it short, I did some research on the Boneh and Durfee bound, made some code and it worked. (The bound that allows you to find private keys if they are lesser than \(N^{0.292}\))

I noticed that many times, the lattice was imperfect as many vectors were unhelpful. I figured I could try to remove those and preserve a triangular basis, and I went even further, I removed some helpful vectors when they were annoying. The code is pretty straightforward (compare to the boneh and durfee algorithm here)

It was all just theoric until I had to try the code on the plaid ctf challenge. There I used the normal code and solved it in ~3 minutes. Then I wondered, why not try running the same program but with the research branch? 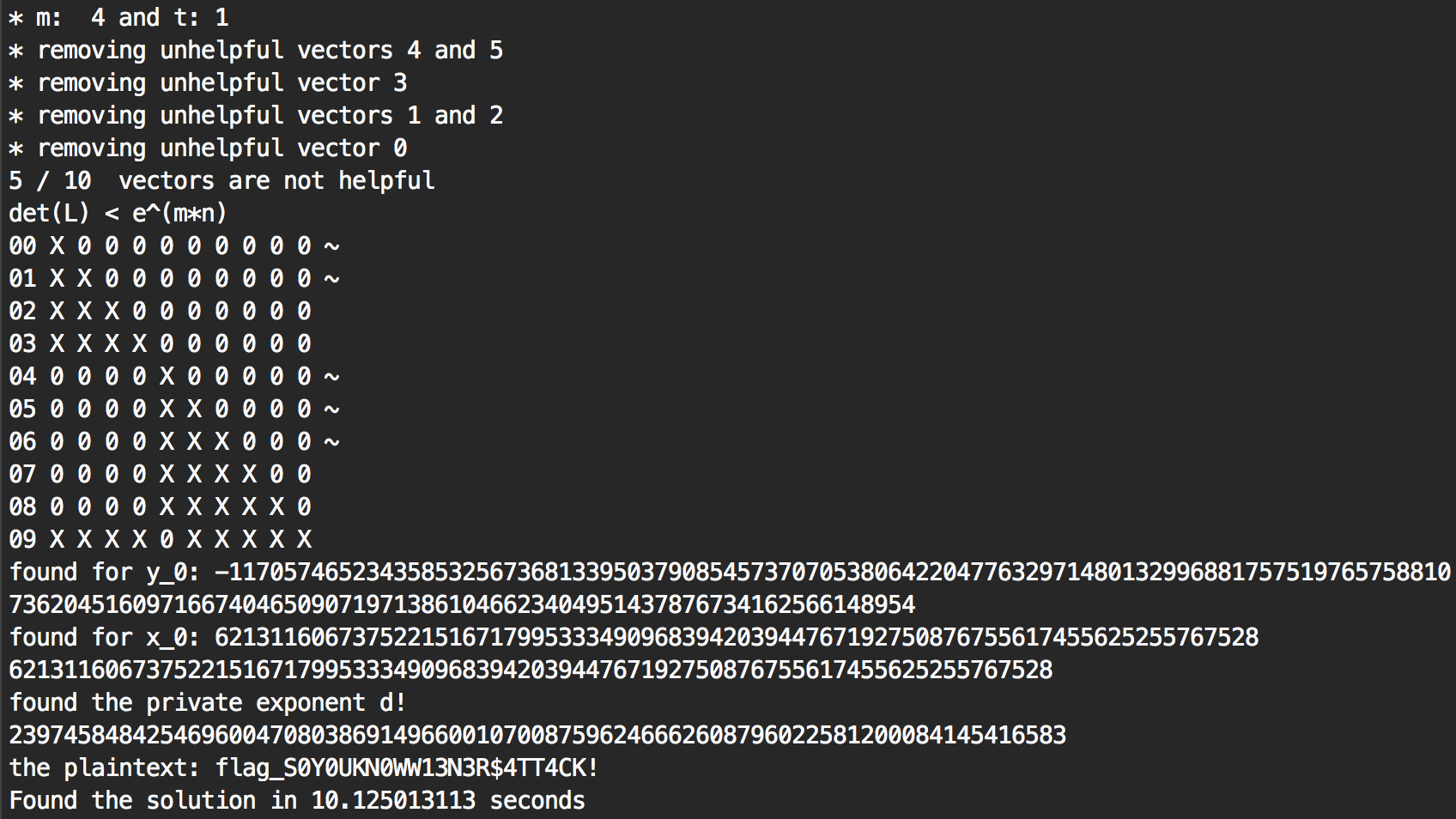 That’s right, only 10 seconds. Because I removed some unhelpful vectors, I could use the value m=4 and it worked. The original algorithm needed m=5 and needed a lattice of dimension 27 when I successfully found a lattice of dimension 10 that worked out. I guess the same thing happened to the 59 triplets before that and that’s why the program ran way faster. 3 minutes to 10 seconds, I think we can call that a success! 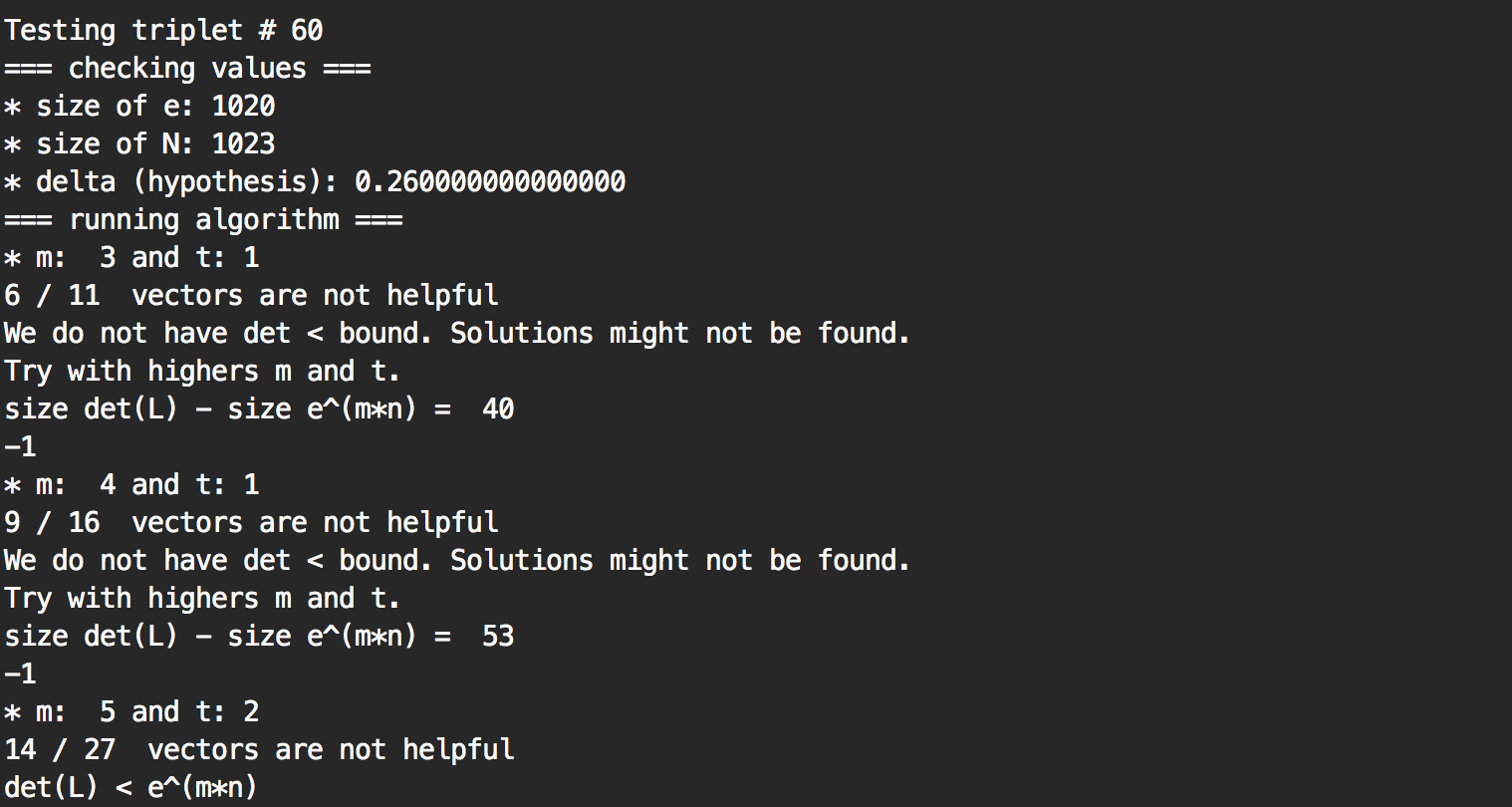 then refresh the page 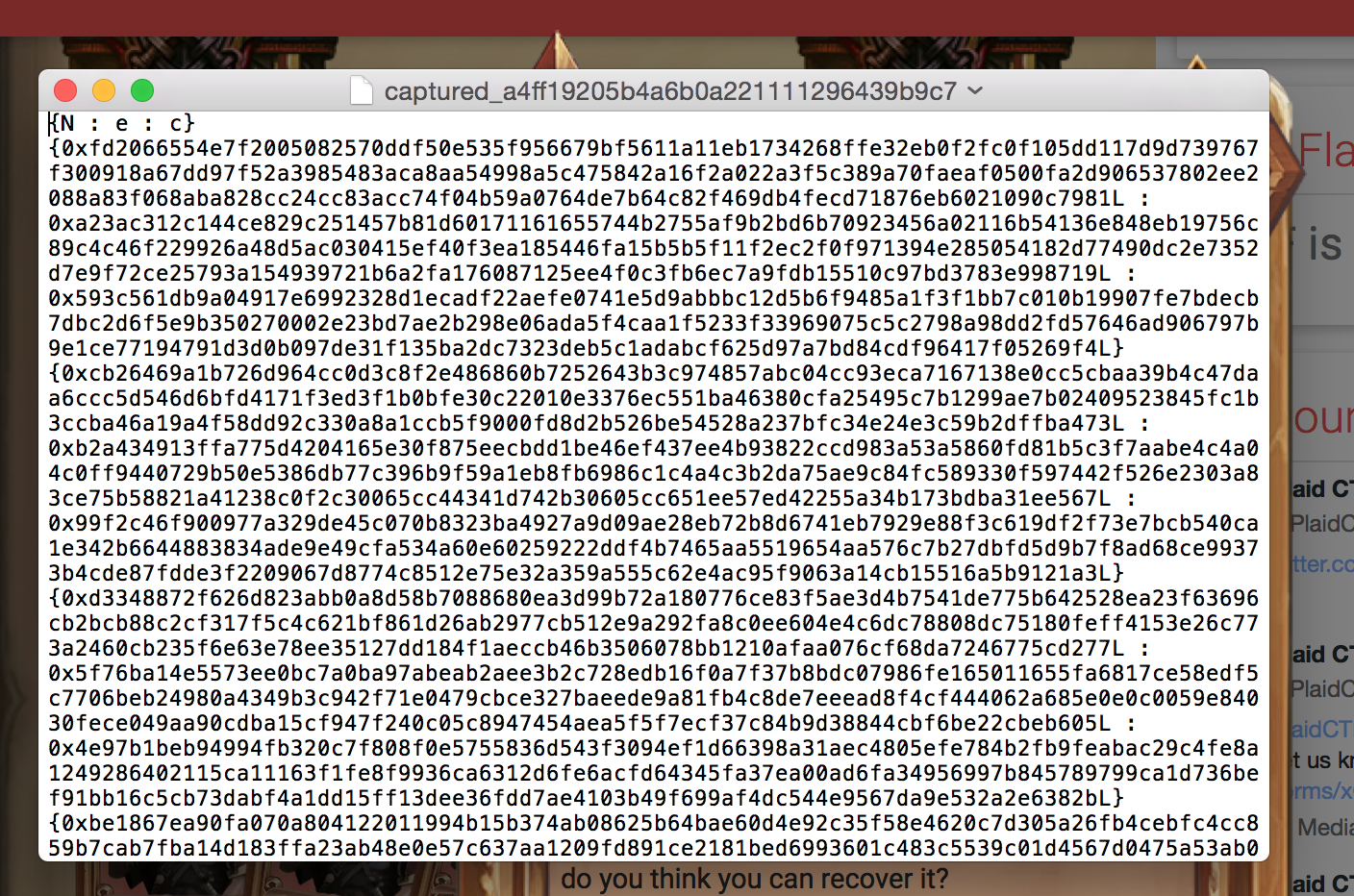 The public exponents \( e \) are all pretty big, which doesn't mean anything in particular. If you look at RSA's implementation you often see \( 3 \), \( 17 \) or other Fermat primes (\( 2^m + 1 \)) because it speeds up calculations. But such small exponents are not forced on you and it's really up to you to decide how big you want your public exponent to be.

But the hint here is that the public exponents are chosen at random. This is not good. When you choose a public exponent you should be careful, it has to be coprime with \( \varphi(N) \) so that it is invertible (that's why it is always odd) and its related private exponent \( d \) shouldn't be too small.

Maybe one of these public keys are associated to a small private key?

I quickly try my code on a small VM but it takes too much time and I give up.

A few days after the CTF is over, I check some write-ups and I see that it was indeed a small private key problem. The funny thing is that they all used Wiener to solve the challenge.

Since Wiener's algorithm is pretty old, it only solves for private exponents \( d < N^{0.25} \). I thought I could give my code a second try but this time using a more powerful machine. I use this implementation of Boneh and Durfee, which is pretty much Wiener's method but with Lattices and it works on higher values of \( d \). That means that if the private key was bigger, these folks would not have found the solution. Boneh and Durfee's method allows to find values of private key up to \( d < N^{0.292} \)!

After running the code (on my new work machine) for 188 seconds (~ 3 minutes) I found the solution :) 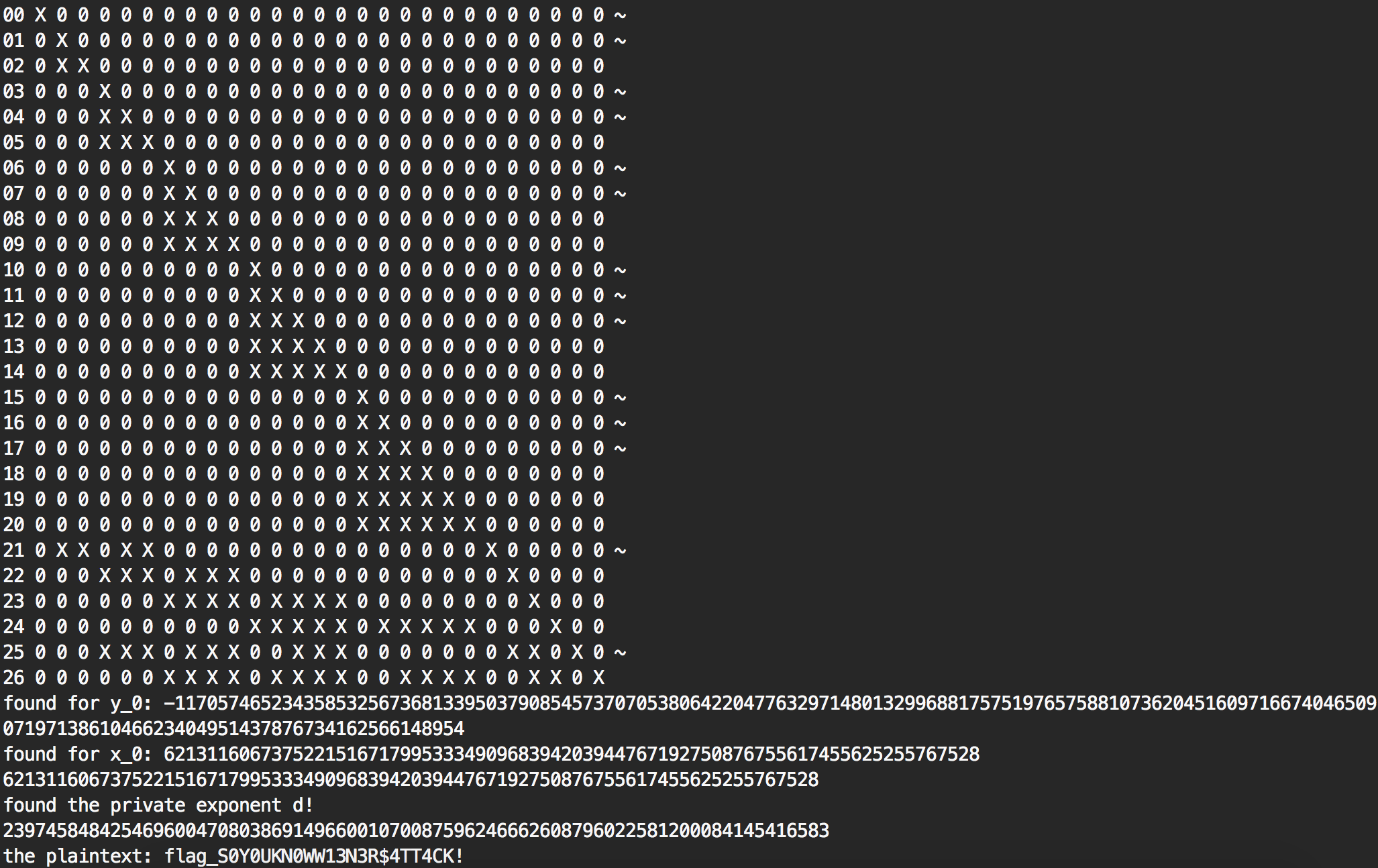 The lattice basis is shown as a matrix (the ~ represents an unhelpful vector, to try getting rid of them you can use the research branch), and the solution is displayed.

I setup the problem:

I leave the default values and set my hypothesis:

I use strict = true so that if the algorithm will stop if a solution is not sure to be found. Then I increase the values of \( m \) and \( t \) (which increases the size of our lattice) and try again:

If no private key lesser than \(N^{delta}\) exists, I try the next triplet. However, if a solution is found, I stop everything and display it.

If you don't really know about lattices, I bet it was hard to follow. But do not fear! I made a video explaining the basics and a survey of Coppersmith and Boneh & Durfee 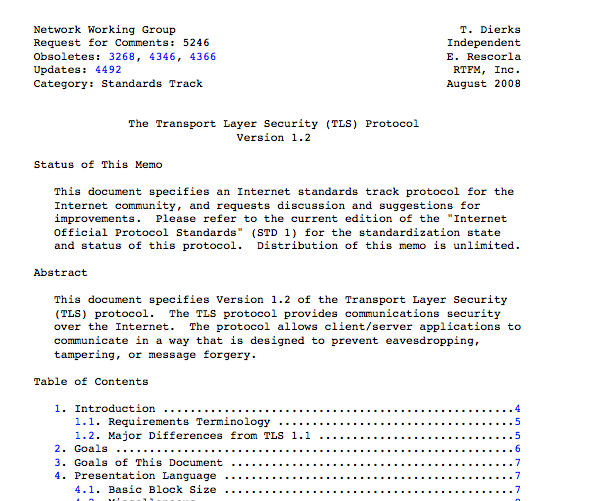