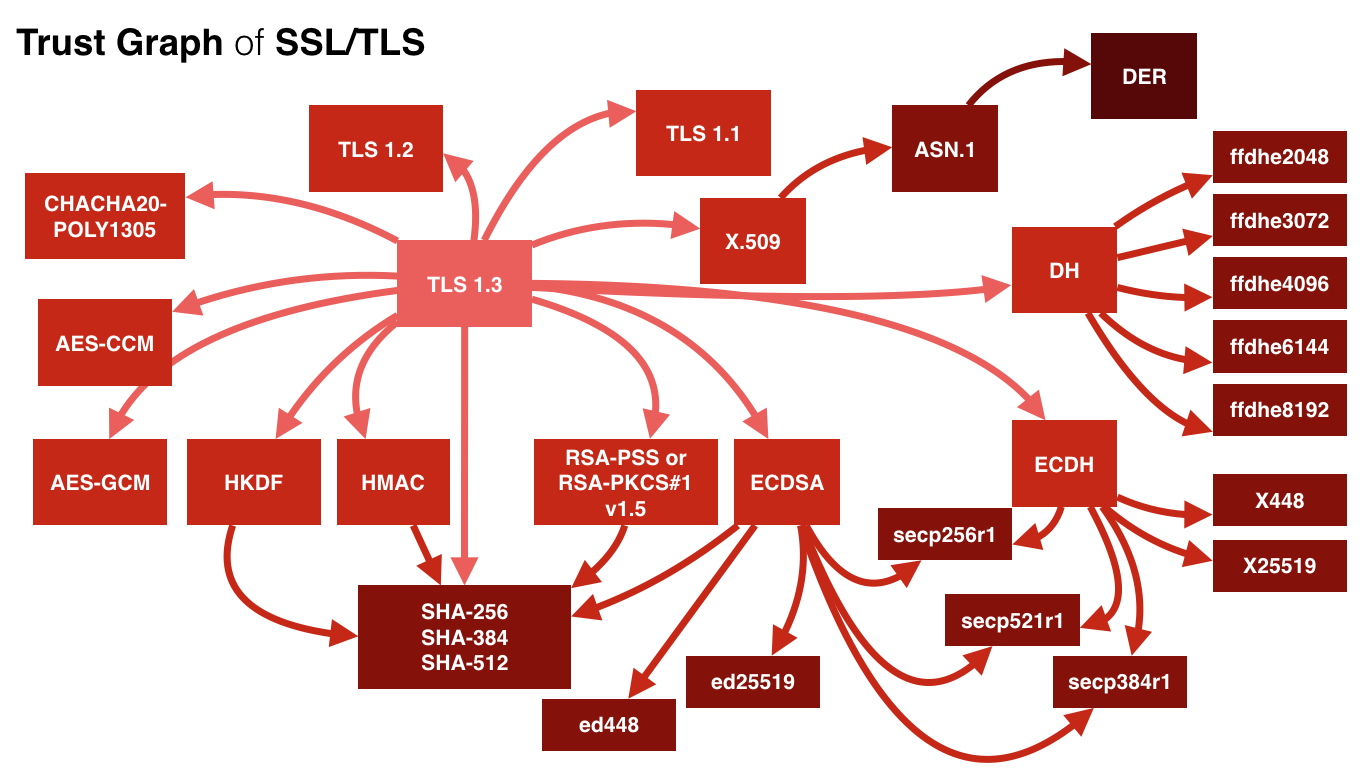 I will be talking about modern session encryption at the Advances in permutation-based cryptography workshop in Milan in October. The program looks quite interesting with talks on Xoodoo, Gimli and others.

Today, SSL/TLS is the de-facto standard for encrypting communication. While its last version (1.3) is soon to be released, new actors in the field are introducing more modern and better designed protocols. This talk is about the past, the present and the future of session encryption. We will see how TLS led the way, how the Noise protocol framework allowed the standardization of more modern and targeted protocols and how the duplex construction helped change the status quo.

It's a summary of what is available on dasp.co + what we've learned auditing smart contracts.

Facebook has released their TLS 1.3 library Fizz in open source. In their post they mention early data (0-RTT):

Using early data in TLS 1.3 has several caveats, however. An attacker can easily replay the data, causing it to be processed twice by the server. To mitigate this risk, we send only specific whitelisted requests as early data, and we’ve deployed a replay cache alongside our load balancers to detect and reject replayed data. Fizz provides simple APIs to be able to determine when transports are replay safe and can be used to send non-replay safe data.

They also mention every state transitions being stored in one place, this is true:

I think this is a great idea, which more TLS libraries should emulate. I had started a whitelist of transitions for TLS 1.3 draft 18 here but it's probably outdated.